A friend of mine wanted to upgrade his WarpEngine 3040.

So. First lets inspect the card 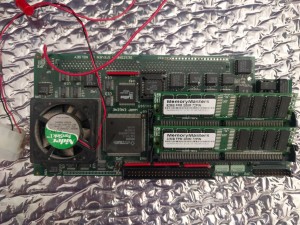 A nice card. but that 2 sockets is annoying and the INT2 cable. So time to start up the Desolderingstation to remove the sockets 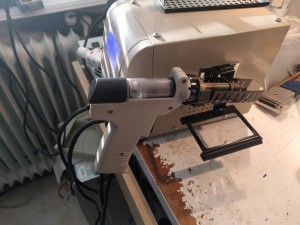 It is not recomended to try sucker, braid or so. use a desolderingstation with pump.

Anyway. new sockets that the simms are straight up instead of an angle: 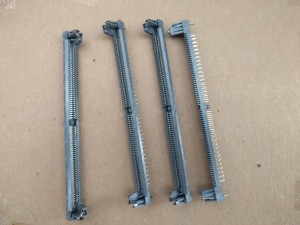 After removing the sockets: 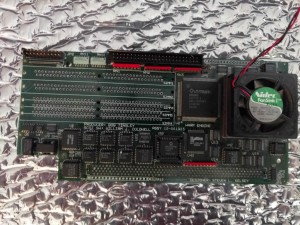 Nice and clean board. So we solder in new sockets. and then on the 040 socket there are SMALL plastic pins to make a distance for the 040 and the socket.  I removethem as the 040-060 adapter have one drawback: quite short pins. so we need every space we can: 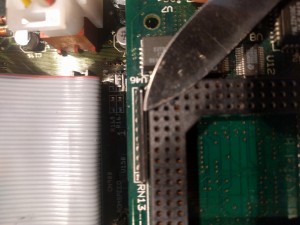 So cut those small distances. 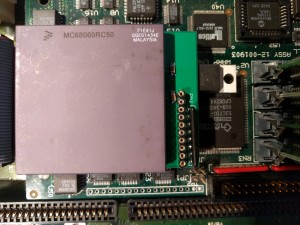 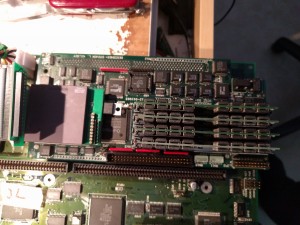 This is the final prodct with 128MB SIMMs, Freescale 060 CPU.  and as the CPU contains a FPU and the acceleratorcard is not 060 ready. We need to change the kickstart roms to a special patched one, with a special exec.library.  I will not link them here due to Copyrightissues.   but without this special kickstart, your machine will end in a eternal guru.  IF You use an 68LC060 this will not happen. But then you will not have a FPU. 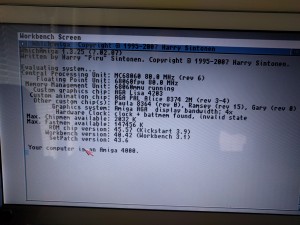 What is the temp? 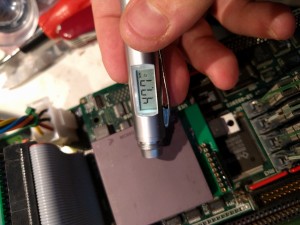 After some usage, 47 degrees. not that hot. So I start Eludes demo “The machinist” and let it run for a while. 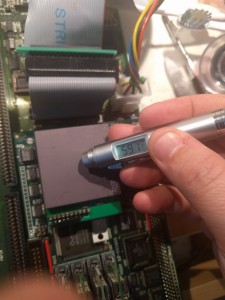 ok Close to 60 degrees.  So I would recomend a heatsink to this.

2 thoughts on “Upgrading the WarpEngine 3040”